What Does GAFI Do? 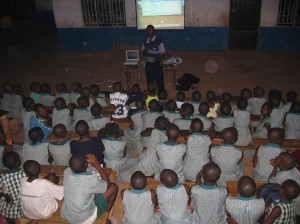 Just as commercial companies have been harnessing the power of film for economic gain in both rural and urban areas throughout the world for many years, GAFI aims to create similar impacts for purely a conservation gain.

Wildlife documentaries can have a powerful impact, conveying the important information about critical ecosystems and the species that live within them. Such programmes could make a far greater contribution to worldwide conservation if they were more widely seen by the people who live and work in the places where the animals are and by decision-makers who control the fate of those habitats.

GAFI continues to lobby broadcasters and independent producers to approve a waiver of transmission fees and secure the rights to screen and broadcast their documentaries in great ape range states in order to educate hard to reach audiences. 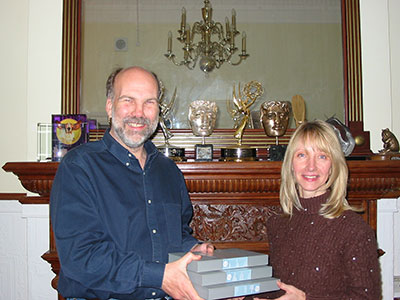 The British Broadcasting Corporation (BBC) , Granada Television and National Geographic Channels have already granted these rights for certain documentaries and waived their transmission fees for Africa. This enabled GAFI in 2005 to begin to pilot screening projects in Africa and South-East Asia together in association with local NGO’s, wildlife clubs, universities, schools, wildlife management centres and local and national governments.

Using the great apes as a flagship species, GAFI has achieved phenomenal success with over 300 million people already having seen the films broadcast on national television with approximately 270,000 people in remote communities, villages, universities, schools and wildlife management centres viewing the screenings. These bespoke screenings resulted in over 5000 completed questionnaires that have been used to assess the project’s impact and plan future activities by incorporating community concerns and developing practical local solutions to the issues raised. 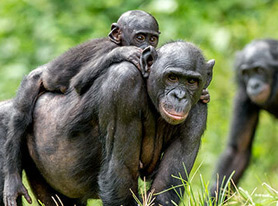 How Can We Help Bonobos 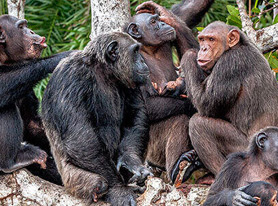 How Can We Help Chimpanzees 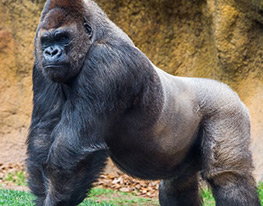 How Can We Help Gorillas 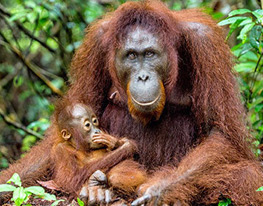 How Can We Help Orangutans