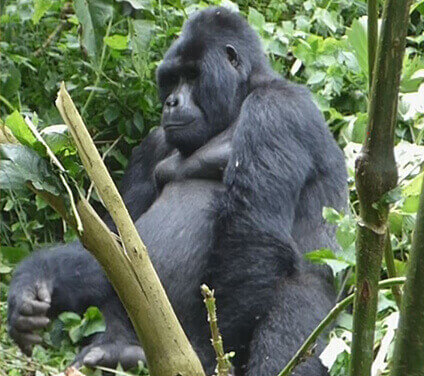 The Great Apes Film Initiative (GAFI) uses the power of film and media to inform and support the people who can make a difference to the conservation and protection of Great Apes and their habitats.

Television viewers in the developed world are used to seeing new and fascinating discoveries about animal behaviour and ecology, and so place a high value on the survival of natural ecosystems, even if they don’t have any direct contact with them. However, television viewers in developing countries seldom see such documentaries, and so are ill-informed about the value of their country’s wildlife and wilderness areas, or how important the rest of the world considers this issue. As an innovative, grass-roots based voluntary organisation GAFI aims to promote great ape conservation by engaging and inspiring people to create local and sustainable solutions to the problems facing great apes and their environments around the world. GAFI is a non profit organisation (Registered in England and Wales, Company number 05852943)