Along with the chimpanzee, the bonobo is man’s closest living relative. Although bonobos are roughly the same height as chimpanzees, they are much more slender with a flatter face and higher forehead. Bonobos exhibit reddish lips and are born with black hair and black faces, and like baby chimps are born with a white tail tuft. The hair on bonobos foreheads is characteristically parted in the middle and unlike chimps they do not go bald with age. 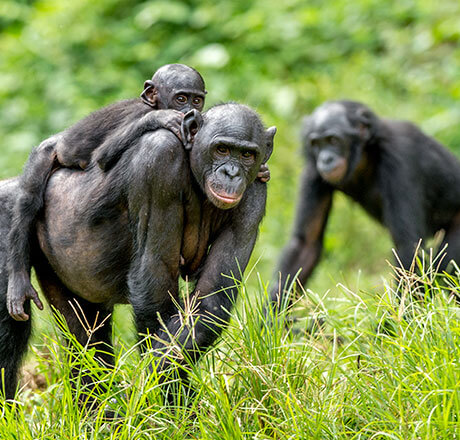 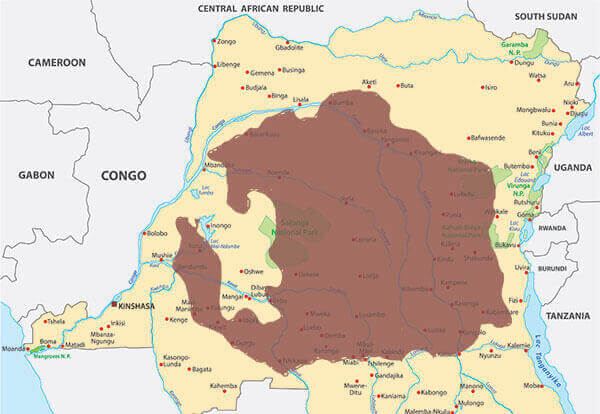 Bonobos live in central Africa, restricted to a 200 000 km² area in the Democratic Republic of Congo. As bonobos do not swim, their distribution is contained by two river-systems: the Congo-Zaire-Walaba River and the Kwa-Kasai-Sankuru River.

See the current distribution of bonobos.

Estimates put the population between 29,500 and 50,000 although with only one-third of the bonobo’s distribution surveyed this estimate may be inaccurate.

Populations in captivity: as of June 2016 there were 190 registered bonobos in zoos. 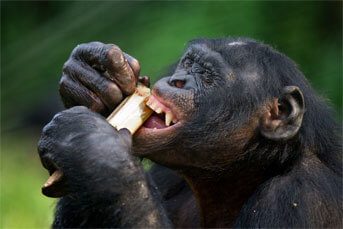 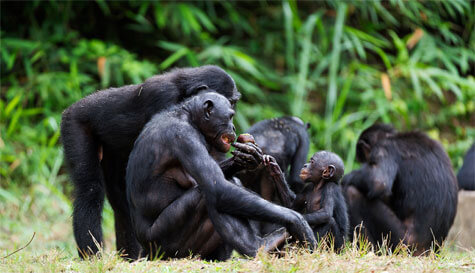 Bonobos, like chimpanzees are highly social and live in fission-fusion societies. This means that within the community small groups move together, and the composition of these groups is constantly changing. Groups can contain from one to up to 150 individuals. Bonobos have no specific breeding season and female receptivity for mating is exhibited by swellings on the rump. Gestation lasts for 8 months resulting in a single offspring which is cared for by its mother for up to 5 years.

Like chimpanzee males, bonobo males stay in their natal groups, while females leave when reaching adulthood, this results in very strong bonds between male offspring and their mothers. Bonobos exhibit extremely strong sexual behaviour that is integral in daily communication between individuals of both the same and opposite sex. It is believed that sex serves numerous purposes other for procreation such as diffusing situations, affection, social status, stress reduction, food-sharing and excitement.

The fact this species exists in the wild in only the Democratic Republic if Congo with a limited range is a major contributing factor towards its vulnerability towards extinction.

Intensification of legal and illegal logging, over-exploitation of forest products, population growth and explanation all have dire consequences for endemic species currently inhabiting forested regions. In the DRC commercial logging has created expansive habitat destruction and cleared land for agricultural use and human settlement. As the current range of bonobos is extremely small, the effects of habitat loss on these restricted areas is devastating for bonobo populations. Only two areas of bonobo habitat are protected by law, The Salonga National Park and the Luo River Scientific Reserve. If bonobo populations are to increase, the DRC needs to create more protected areas and implement stricter laws and increased enforcement for existing reserves. 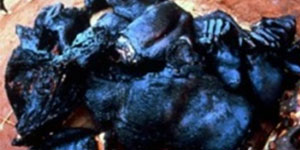 Although eating bonobos is/was considered a taboo in many places, bonobos are still victims of the illegal bushmeat trade. With the intensification of logging new areas of forest are becoming increasingly accessible, and this coupled with the increased accessibility of guns and a larger demand for fresh protein due to population expansion, has resulted in a greater number of great apes being harvested for consumption.

The volatile political instability in the DRC has major effects on wildlife populations. Armed militia and refugees fleeing conflict often share bonobo habitat and indirect or direct poaching is frequent. Political unrest makes conservation efforts difficult as there is a real risk to project staff and many dedicated individuals have been killed undertaking their duties. Habituated animals are also at risk as they are no longer weary of humans and are easy targets for hunters. 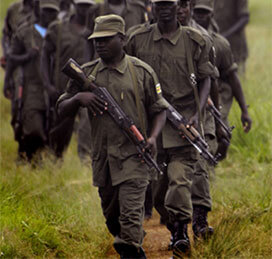 Bonobos produce few offspring over their lifetimes and therefore population growths are slow, thus any habitat disturbance can have profound affects on population sizes. Due to the limited distribution of this species, any factor isolating/fragmenting populations can result in inbreeding depressions.

Accidental death through snaring is an occasional occurrence, however as unhabituated bonobos are inherently wary around humans, this minimizes the possibility of bonobo-human conflicts.

Like the other great apes, as bonobos are closely related to humans they are also affected by alien invasive species such as parasites and infectious diseases (e.g polio, ebola, herpes, hepatitis). Human expansion into new areas increases the probability of disease transmission that can be extremely dangerous to non-immune bonobos.

Baby bonobos are also part of the illegal pet trade, and as adults are killed for consumption, many infants land up in markets across DRC.

The role of sanctuaries

The growing need for sanctuaries is directly related to the steady increase in habitat disturbance/loss which results in the displacement of great apes. Primate sanctuaries were created over the last three decades to accommodate the staggering numbers of orphaned and unwanted chimpanzees, gorillas, bonobos and other endangered primates in Africa.

The Pan African Sanctuary Alliance (PASA) was created to unite the African sanctuaries that had emerged as a response to the deforestation, bushmeat, human encroachment and disease that was decimating wild primate populations . Some of the sanctuaries are now far beyond capacity with no let-up in sight – while the number of great apes displaced around Africa grows weekly.